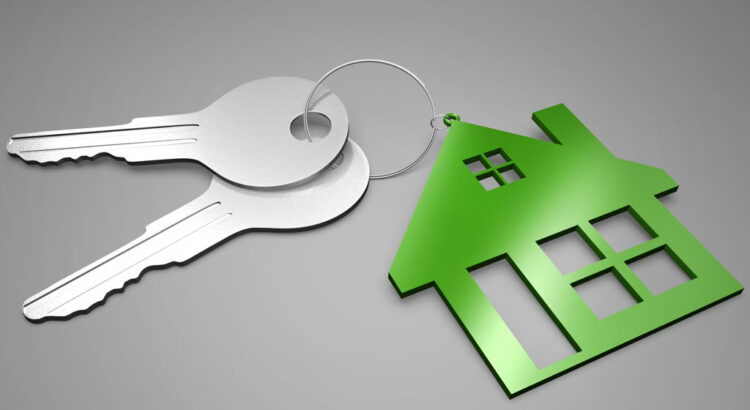 We evaluate the effect of medical and recreational dispensary openings on housing prices in Denver, Colorado. Using an event study approach, we find that the introduction of a new dispensary within a half‐mile radius of a new home increases home prices by approximately 7.7% on average. The effect diminishes for homes further from new dispensaries but is consistent over time. Our results provide important and timely empirical evidence on the socioeconomic impacts of marijuana legalization. (JEL R32, R38, R5) 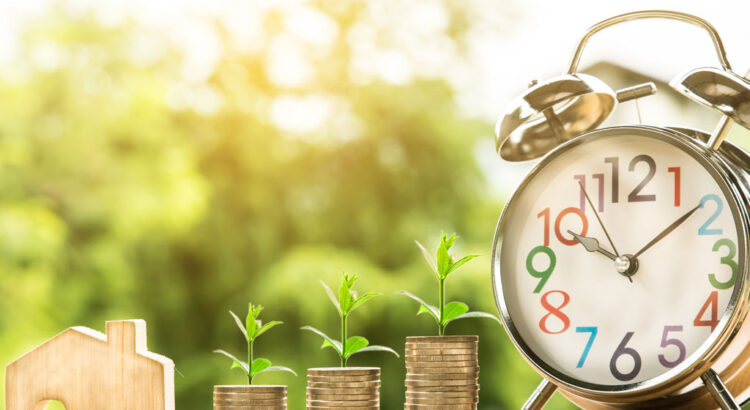 Marijuana Increases Home Values, Recreational marijuana legalization is a hot-button topic, and the debate is now entering the real estate industry. With more states legalizing recreational use, every home buyer needs to know how housing markets are affected by this cultural shift. Opponents of legalization stress increases in crime that lead to lower property values, while supporters highlight the potential economic benefits. We decided doing a deep dive into the available MLS data and combining it with dispensary license data was the only way to settle the debate.

Digging into Zillow’s historical home price index[1] we can shed some light on these questions (more information on our methodology can be found here). 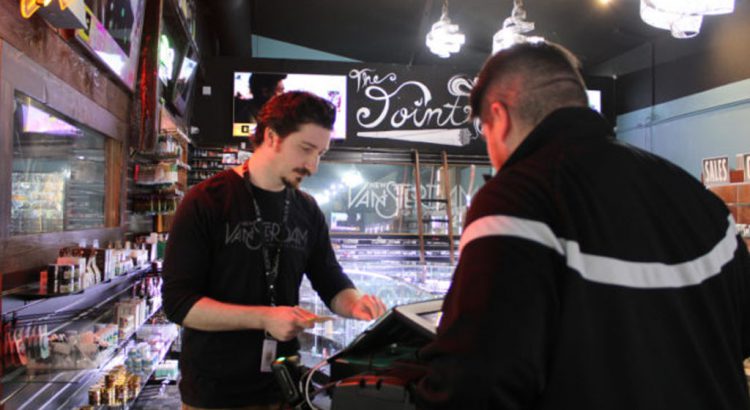 When the issue of legalizing cannabis came before Washington voters in 2012, nearly half of Camas voters — 47 percent overall and more than 50 percent in the city’s Ward 1 — supported decriminalizing the drug. But when the issue of opening the one cannabis retail shop allowed in Camas under the state ordinance came before city council members in 2015, the council voted 5-2 to ban marijuana shops within city limits. Now, the owners of a popular Vancouver cannabis shop hope to reverse that decision.

Rachel and James Bean own the New Vansterdam cannabis retail shop located off Mill Plain Boulevard and hold the the lone cannabis retailer license available in Camas. Although the Beans would love to see Camas officials lift the 2015 retailer ban, they are prepared to take the issue to the city’s voters through a local ballot measure process.

“We would hope this could be resolved with the city council. I believe it would just take a little more education and more discussion,” said Rachel Bean. “But we will be moving forward with the (voter) initiative either way.”

Bean and her physician husband have formed the Camas for Cannabis Access political action committee (PAC) to gather the 2,377 Camas voter signatures needed to place the issue on the November general election ballot.

“We’ve been kind of sitting back a little, waiting and trying to work with the city council,” Bean said. “We have three other stores (in Vancouver, Tacoma and Wenatchee), so we were pretty busy and (the Camas license) wasn’t a high priority for us. But this year, with the big election, it seemed like the year to jump on this.”

A Camas native who now lives in Vancouver, Pitchford became involved in cannabis-legalization activism in 2008, after surviving a violent home invasion linked to the illicit marijuana trade. Home invaders mistook the home Pitchford, then a 19-year-old Clark College student, shared with roommates as being the site of an illegal stash of marijuana.

“Masked gang members held me hostage,” Pitchford said of the incident that led her into cannabis activism. “Afterward, I started thinking about the reasons why cannabis was illegal and about the people involved in violent crimes connected to the illicit cannabis market.”

Pitchford participated in early efforts to legalize cannabis in Washington state, and said she has seen a shift in people’s perception of marijuana since Washington voters approved Initiative 502, a measure that decriminalized recreational marijuana, in November 2012.

“People have been able to see what it looks like to go into a cannabis store, to see that these shops are a functional part of the community,” Pitchford said. “There is less stigma.”

“People have become much more open to the idea of retail cannabis,” she said. “I think things have changed drastically since 2012, when legalization was passed, and even more since stores started opening in 2014.”

Bean said people’s attitudes toward cannabis also is shifting as health providers start to understand the medicinal benefits of the herb, and as more research is conducted on cannabis’ ability to help with pain management, cancer treatments and opioid addiction.

“Time and time again, I see people coming into the shop for the first time, including a lot of the elderly population, and they’re looking to try new things to help whatever ailment they might have. They have doctors telling them to try these new things,” Bean said. “(Cannabis) has become less taboo and more of an actual medicine that is helping people.”

Pitchford said the Camas for Cannabis Access PAC is training workers to collect signatures and help educate Camas voters about the legal cannabis industry and the benefits of having a cannabis retail shop within the city limits.

“This is really about access,” Pitchford said. “We know the support exists in Camas.”

Armed with statistics and research showing that legalizing marijuana has helped reduce marijuana use among teens, led to a reduction in violent crimes, provided living-wage jobs — New Vansterdam, Bean said, pays more than a living wage and provides a full range of benefits to its 20 employees — and helped bring millions of dollars in tax revenue to cities and counties that allow cannabis retailers, the Camas for Cannabis Access PAC is gearing up to attend local events and collect signatures to get the issue onto the November ballot.

“We want to be very respectful and help educate people,” Pitchford said. “A lot of the (signature collectors) have worked in the industry and are knowledgeable about cannabis and cannabis retail, so they will be able to answer questions people might have.”

The Beans, who live in Vancouver, said they hope Camas voters and officials will see them for who they are — professionals who run successful cannabis businesses in other Washington cities.

“I’d like people to know that we are a part of the community and that we respect the people and businesses around us,” Rachel Bean said. “We don’t want people to be concerned about who is holding this license.”

Already, the Beans have made a concession that they didn’t have to make — agreeing to not site the cannabis store in historic, downtown Camas if voters approve the initiative or if city council members decide to overturn their 2015 cannabis retail ban.

“That wasn’t something we had to do, but we had heard from council members that (not having a cannabis retailer) in the historic district was important to their constituents, so that was something we were more than happy to respect,” Rachel Bean said.

Pitchford said she hopes to get more information out to the Camas community about cannabis that will help dispel some of the fears and myths surrounding the drug. For instance, she said, although many people have said they worry that having a legal cannabis shop in Camas will lead to greater marijuana usage by children, the facts show otherwise.

“I’m the mother of two young children, so I understand why they would be concerned,” Pitchford said. “But when you look at the studies, including the Healthy Youth Survey that is done in Clark County, there is a decrease (in marijuana use among teens and children) and that is a direct result of legalizing cannabis. They just can’t get it anymore. The shops are very strict about that. Some of them even have scanners to make sure the IDs (for those over the age of 21) are real.”

During the 2015 hearing that led to the city’s ban on cannabis retailers, only two Camas officials — current Councilwoman Melissa Smith and former Camas Mayor Shannon Turk — voted against the ban.

“It will be a novelty at first for some, but as more people are aware of it I think it will de-stigmatize it,” Smith said in 2015, adding that she had researched cannabis several years prior, after receiving a doctor’s prescription for marijuana to treat pain.

Other council members who still serve as elected officials, including Councilman Don Chaney, spoke in favor of the ban in 2015.

“It’s not about the use or possession of marijuana, at least as far as I’m concerned,” Chaney said in 2015. “And it’s not about the personal qualities or business opportunities of the proponents. That’s not an issue here for me. The issue is, what’s it going to do to our community, and how does the fact that we do or do not (allow retail marijuana businesses) reflect the culture of our community?”

Washougal city officials also have banned cannabis retail operations, and both Camas and Washougal have bans in place on the growing and processing of retail marijuana within city limits. To learn more about the Camas for Cannabis Access group and its efforts, visit xray.fm/broadcasts/33110 and listen to XRAY FM’s interview with Rachel Bean and Pitchford. The group plans to launch a website soon and will have social media sites up and running within the next few weeks. 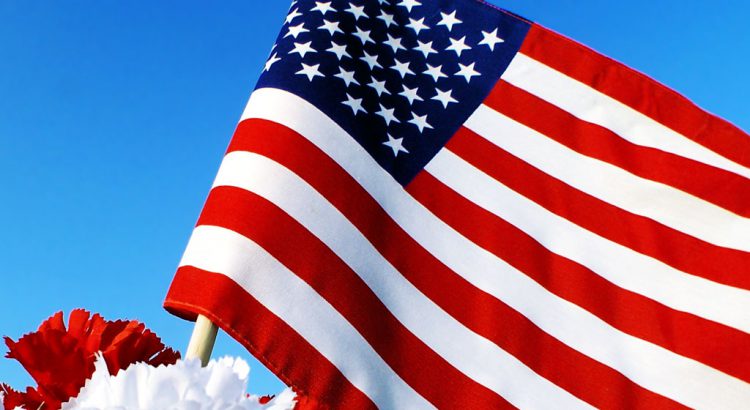 The newest poll, from the Pew Research Center, found that 67 percent of Americans now back marijuana legalization, up from 62 percent in 2018. Opposition to legalization also dropped to 32 percent, down from 34 percent last year.

Pew found that even a majority — 55 percent — of Republicans support legalizing pot. About 78 percent of Democrats do as well.

At the same time, another recent poll by Gallup found 66 percent of Americans support marijuana legalization, the same as Gallup found last year. Gallup also found that a majority of both Republicans and Democrats support legalization.

Marijuana legalization has had some big victories in the past few years. The first two states — Colorado and Washington — legalized in 2012. In the seven years since, nine more states and Washington, DC, have legalized, with Illinois’ legislature most recently becoming the first legislature to legalize commercial sales of marijuana for recreational uses.

Meanwhile, Democratic presidential candidates have increasingly thrown their support behind legalization. With the exception of Joe Biden, the higher-polling Democrats back it.

Supporters of legalization argue that it eliminates the harms of marijuana prohibition: the hundreds of thousands of arrests around the US, the racial disparities behind those arrests, and the billions of dollars that flow from the black market for illicit marijuana to drug cartels that then use the money for violent operations around the world. All of this, legalization advocates say, will outweigh any of the potential downsides — such as increased cannabis use — that might come with legalization.

Opponents, however, claim that legalization will enable a huge marijuana industry that will market the drug irresponsibly. They point to America’s experiences with the alcohol and tobacco industries in particular, which have built their financial empires in large part on some of the heaviest consumers of their products. This could result in more people using pot, even if it leads to negative health consequences.

Read the article
Read more about cannabis access in Camas